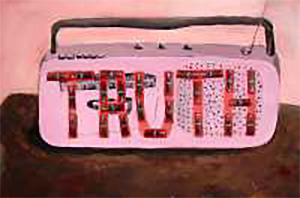 KulturAXE sees itself as a transnational communication platform in art and culture. The promotion of a cultural exchange in Middle Europe and South Africa forms the centre of the activities since the beginning.

KulturAXE initiates and organizes transnational cooperation projects in arts, culture and knowledge transfer in Middle Europe and South Africa and focuses on multilateral and interdisciplinary approaches.

The aim is to promote intercultural communication, exchange and cooperation in mutual inspiration and equal reciprocity. Exceeding national demarcation lines and with a worldwide outlook.

Central themes are the dismantling of mental and real borders, exploring new cartographies and their implementation in art projects. Furthermore, prioritiy issues of the transnational debate of the 21st century, such as mobility, “New Nomadism” and migration

KulturAXE was founded 1995 in Vienna, following mutual art projects with Slovakia, which were initiated right after the political change 1989. From 1991 to 2006 KulturAXE organized International Art Symposia in Slovakia, Hungary and Poland. The contacts established at the symposia span a worldwide net with the aim of a continuing exchange.

With our projects and themes we react on the movements in this world. We see the deep and rapid changes of our time and the development to a culture and knowledge Society as central challenge and chance.

Thus the structure of KulturAXE is a flexible one, the working processes dynamic and project oriented. KulturAXE sees itself as a living entity, whose passion and identity are carried and shared by its members.

The first line is marked by the urgency

Just as the axes Johannesburg-Vienna or Vienna-Kiew form part of the programme of KulturAXE, so do the axes in the urban vicinity – to other initiatives, artists, cultural acteurs and the public. The fostering of these synergies represents a priority for KulturAXE – such as the “freedom to learn about and choose ideas from different cultures in the world” (Amartya Sen, indian nobel prize winner, “the intrinsic role of freedoms of different kinds”).

The intercultural tolerance, a prerequisite for universal peace (Tolerance declaration, UNESCO, 1995), mutual respect, recognition of diversity and equality of cultures, cornerstones of the “project future”. 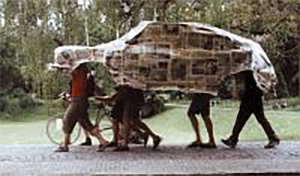