Landscapes of desire  (LOD), are territories between reality, fiction and utopia, with the freedom not to be limited by national borders. LOD stands for themes such as identity, longing, emotion, networks and alternative geographic models.

The symposium is an active and vivid platform for collaborative art practice and art making, for sharing experience and learning together. It also actively engages in reinventing and reshaping spaces and energies in order to create environments for interaction and communication.

Since 1991 the International Art Symposia of KulturAXE have been hosted in Slovakia, Hungary and Poland building up a strong network of nations with a focus CEE nations, on an institutional and personal level. In view of the planned cultural development of the castle Fertőrákos, the symposium hosted its workshops at this site, bringing in established contacts and enlarging this network.

Community building constitutes an important aspect of the symposium and manifests itself in various levels. By living, working and sharing meals together in an atmosphere of trust and mutual understanding, artists, cultural actors and participants from many different nations and cultural backgrounds establish contacts, friendships and lasting networks. This often leads to further collaborative projects. On a local and regional level the symposium engenders a community of people interested in the project.

The programme consisted of residence weeks fostering interdisciplinary approaches. The workshops covered different fields of art, such as painting, drawing, photography, video, multimedia and architecture and were held at the castle. The architecture workshop was project oriented, i.e. for the usage of the castle as a cross-border training and culture centre. Also focusing on the roman quarry of Fertőrákos, which by its inbuilt theatre and vast halls represent a unique site in Europe. Assembling the means of user-oriented modern architecture, design and arts to a productive synergy.

The workshops were directed by renowned artists and architects from Slovakia, Hungary, the Czech Republic and Austria. The workshops were attended by students and participants from eight nations. The art symposium implemented a daily structure with individual supervision followed by lectures or presentations. A dense fringe programme complemented the symposium offer, consisting of evening activities, visits to music festivals and cultural sites in the surroundings both in Hungary and in Austria.

Weekly presentations on Fridays of the artworks effected at the symposium took place at the art studios followed by festive activities.

The following workshop programme was realized:

The Hungarian municipality Fertőrákos near Sopron forms part of the world cultural heritage since 2001, as this region has been the meeting place of different cultures for eight millennia. As such Fertőrákos disposes over an outstanding cultural infrastructure such as, amongst others, a roman quarry with an inbuilt theatre and a 700 years old castle, a former episcopal see.

The intention is to now open the castle for cultural activities and to develop a new cultural usage concept. The Austrian-Slovakian association KulturAXE, who had already been hosting workshops in the castle before its closure in the last years, proposes the development of a long term concept with a focus on culture, education and cross-border networking. Through its favourable geographical location the castle Fertőrákos could become a cultural nodal point in the New Europe.

The architecture workshop focused on preserving cultural heritage and at the same time revalorizing roles and functions of public sites in a highly changing world and complex environments of Information and Knowledge Society.

The starting point was to develop concepts and project ideas for the world cultural heritage site Fertőrákos and to establish an active border-crossing network for future collaboration. Thought models were elaborated for a new usage of the historically outstanding cultural infrastructure of Fertőrákos. A focus was set on the castle and the roman quarry and it was decided not to see them as separate entities, but to develop ideas that would link them. Also integrated in the concept elaboration process was the geographical location of Fertőrákos at the lake (being the only Hungarian site with access to the Lake Neusiedl) and the vicinity to Austria (with a focus on the quarry St.Margarethen).

As a first step a specific site analysis and evaluation was effected taking into consideration the geographical site, the structure and alignment of the village, demographic structure and social needs.

Several tasks and thought parameters were defined which formed the basis for the concept developments:

The symposium was subsidized by the IVF, International Visegrad Fund (for V4 grantholders), the municipality of Fertőrákos provided furniture for the workshop spaces and Mediawave Foundation provided equipment. 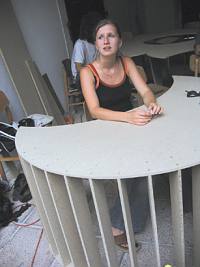 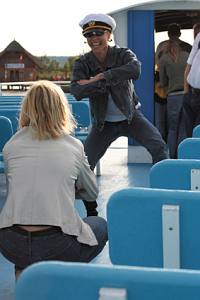 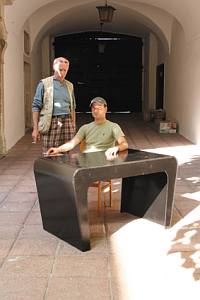 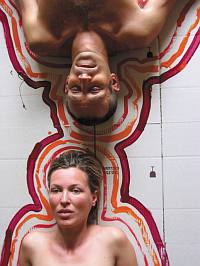 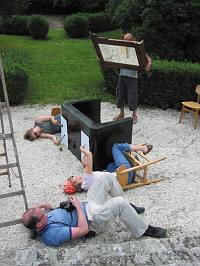 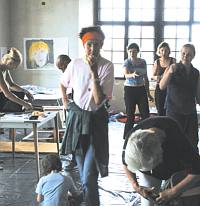 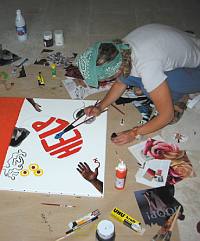 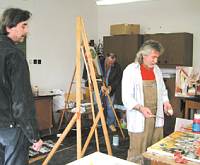 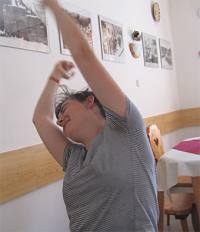 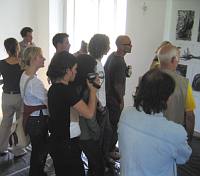 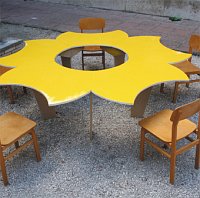